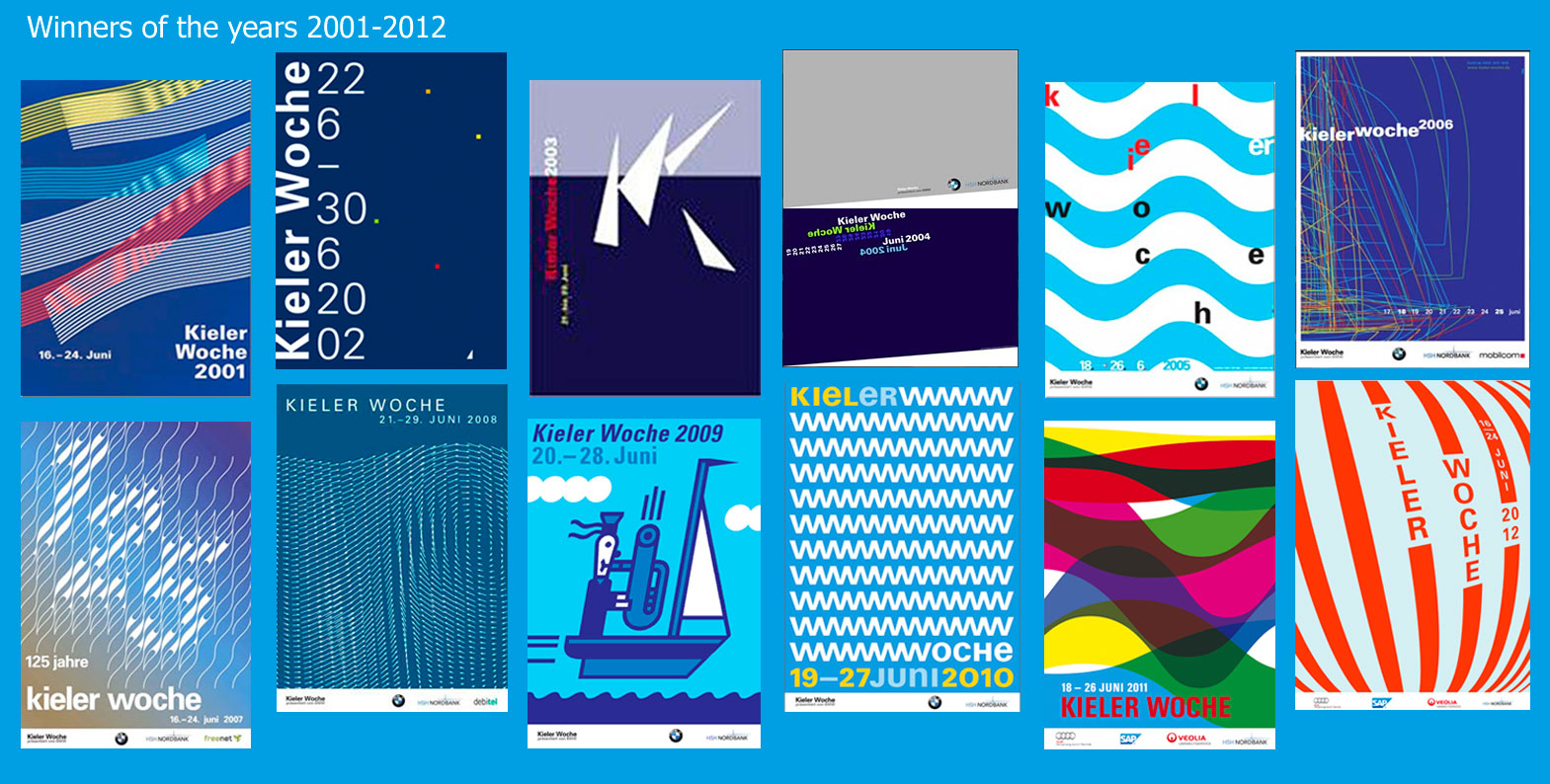 The "Kieler Woche" (eng: Kiel Week or Kiel Regatta) is an annual sailing event in Kiel, the capital of Schleswig-Holstein, Germany. It is the largest sailing event in the world, and also one of the largest folk festivals in Germany, attracting millions of people every year from all over Germany and neighbouring countries.
Since 1948, an annual Kiel Week poster advertises for the festival week. The design is another example of the cultural positioning and visual-design tradition of the "Kieler Woche". In this context a jury puts together a selection of graphic designers and invites them to a competition for the corporate design of the festival week. An invitation is already an honor, because the design contest enjoys a high reputation and many designs have been awarded national and international prizes.

I've got the task to create two different posters, one typographical concept and one that additionally uses a picture or illustration. Both need to show the topic of the event and be in line with the previous style of the posters.

Bilingual in German and English

Working knowledge of HTML and CSS